Literary success for me is that someone read something I wrote, and it was more meaningful and enjoyable than the daily stock report, or the sports scores.

Writers, as a general rule, are not carried through the streets or given a ticker tape parade. It's solitary, and you don't really see the impacts you might have made.

Just love the damned story. If you love it, the right people will find it, and that's success.

Do you view writing as a kind of spiritual practice?

Very much so. It seems that the very action of inspiration and creativity is a spiritual thing from the start. At least it is for me. If everything is flowing, and the story is coming together, it can sometimes feel as if it's coming from somewhere else and you are just writing it down.

What are common traps for aspiring writers?

The mistake of thinking you are more than you are. It's easy to do, because a certain amount of confidence has to be there in order for someone to put pen to paper in the first place.

The other trap is weighing yourself against everyone else. It can make you not want to put something out there that in some context, somewhere, needs to be read by a specific person to propel them towards a beneficial action.

Does a big ego help or hurt writers?

I think it obliterates them, just as it does anyone else. Maturity helps you do something better with it. When you're young, it's all about you. You'll live forever. You don't see setbacks, you want to hit the moon.

You get older, you realize the moon is made of cheese, it's melting, and you're gonna die. And you're closer to that point than you were getting on the planet. So you start caring about the other folks putzing around, want to see them have good things, want to say and do lasting good things.

I was very briefly mentored by Kurt Vonnegut, and one of the lessons that took 15 years or so to sink in might have been that one. I'm humbled and blessed to ever have had that opportunity in the first place. Many weren't that lucky. But he didn't have so much of an ego that he thought the planets revolved around him.

It might depend on a combination of personal maturity and which end of life you're closest to. But I do wanna be like him when I grow up. And I have his permission.

If you could tell your younger writing self anything, what would it be?

Other people are more important than you when it comes to the story. The characters aren't your harem, nor are they your marionettes. They have a story, they're telling you their story and want you to write it down.

I've found this to be a strong truth in the Jakub Riser series. These people have stories. They change from the first design drastically. I learn from them why they do things. I laugh at their conversations, their humour, cry in their pain. And then when I watch others do the same when they read, or I hear that the books moved them in that way, it's humbling.

So young me: It ain't all about you.

What was the best money you ever spent as a writer?

Scrivener. Hands down. There were a lot of apprehensive moments in purchasing the software when I first went through the trial period, but as I went back and forth with other packages I tried to do it on my own. Which is a horrible habit of mine, the whole self-sufficiency with technology idea, and in the end, I see Scrivener as a very necessary tool in my arsenal.

I understand that it doesn't work as well for others, and in many cases I can understand why, so they are doing what works for them, and I'm sure they'll do a smashing job of it. Scrivener simply works for me, personally, and that is the only place I really have any authority to speak.

What is your favorite childhood book?

I remember I was about twelve, and I had a lot of hormones running around in my system. At that time, the whole realm of puppy love is running rampant in your veins. My mother owned the book, and I liked the clean, yet colorful design of it with the pink and purple lettering. I had no idea there was a movie made from it.

It sat there on the shelf, flat, and teased me until I decided one day, "That's thin. I can probably knock that out in no time." I think I expected to read a lot of scandalous sexy smut that was never meant for 12 year old eyes.

But his language was simply perfection, and in the book, I fell madly in love with Jenny Cavilleri, and felt Oliver's pain almost firsthand. That was the first book that sucked me in, body-slammed me, and has stuck in the back of my mind ever since. I didn't even mind the sequel so much, because it helped tie some things up with the story.

Other works of his like The Class, Doctors, and Acts of Faith were awesome to me in the way they held a whole story almost Michener-style. Maisie Mosco is another writer that was much like that, and her works are close to me, too.

God rest them both.

What is the story with the playlists for each new novel?

In the post, a writer asked about providing a soundtrack to a story he wanted to publish. The level that he was shouted down, insulted, and overtly harassed by the other writers on that subreddit, many who claimed to be professionals, was appalling. Frankly, it pissed me off, and I hurt for the guy, because it seemed to me that it was a young or budding writer that was having their creativity extinguished for no reason.

I thought it was a beautiful idea. I asked the young writer if I could steal the idea, and unfortunately, they had become so disgusted with the idea that I think they were surprised I even wanted to. I assumed it was a male, but honestly don't know at this point. Perhaps they thought I was poking fun at them as well.

Now, I create the soundtrack within the writing process, and it goes through many, many changes before I release the thing public. It is normally 33 songs per playlist, one for each chapter, the intro, the epilogue, and a final song to lead the listener towards the next work or book.

The songs are not so much literal as to present a soundscape, an emotion the actual written chapter seems to attach to. Sometimes it's what the character is feeling, where they're at, or it is a clue to what is flowing through their experience at the moment.

Doing it this way also introduces my readers to music that they might not have ever listened to in any other capacity. You don't really choose the soundtrack that you hear in any cinematic feature you watch, and this is actually related to that.

Now I think it's so ingrained in my writing process that I would miss it terribly if I didn't do it.

Do you hide any secrets in your books that only a few people will find?

Easter eggs are adorable. I love them in technology, and can't resist throwing them into the books. There are faint connections between books in a series that usually hint at events forward and backward, and I have a horrible habit of hiding things, so for a vague spoiler alert, look at instances where a "chance" meeting is actually between people in two totally different series of books.

A instance that I haven't used anywhere would be if a guy named Joe went to a corner store where someone's car broke down. He goes in to buy a carton of milk.

So, Joe might be in one series, the person broke down is in another series, and the guy behind the counter or in line behind Joe is living in their own series of books. Or just a singular novel. They kind of create themselves. So if you are reading everything I wrote, you'll see the exact same event from multiple perspectives. 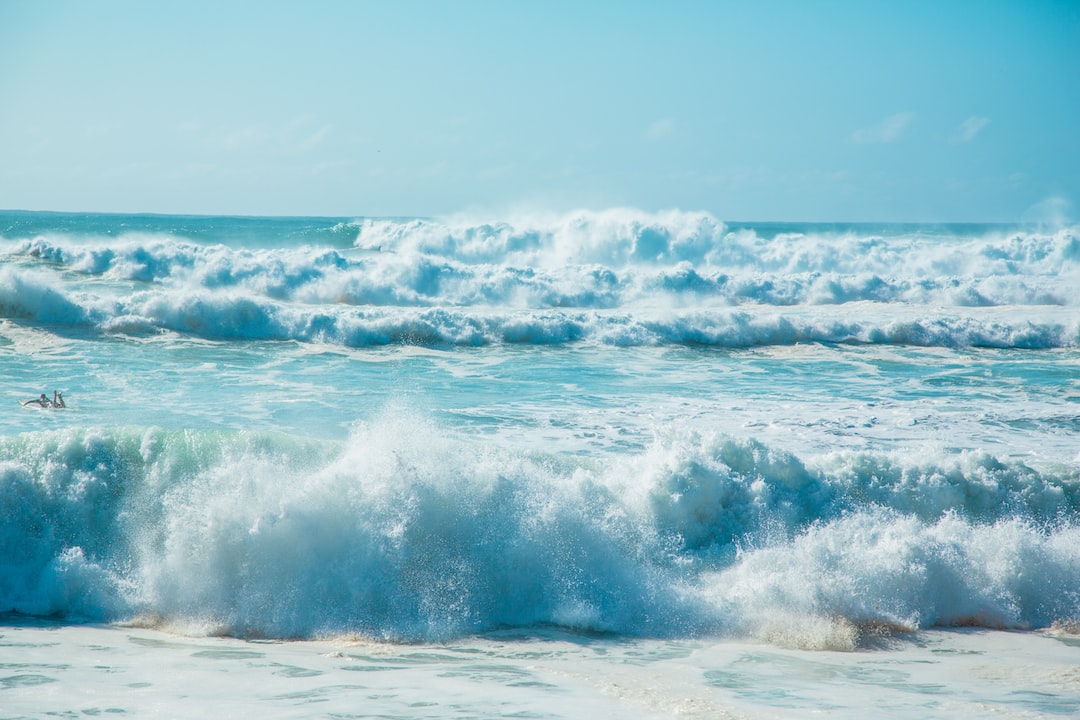 Thank you. For everything you do-oo. 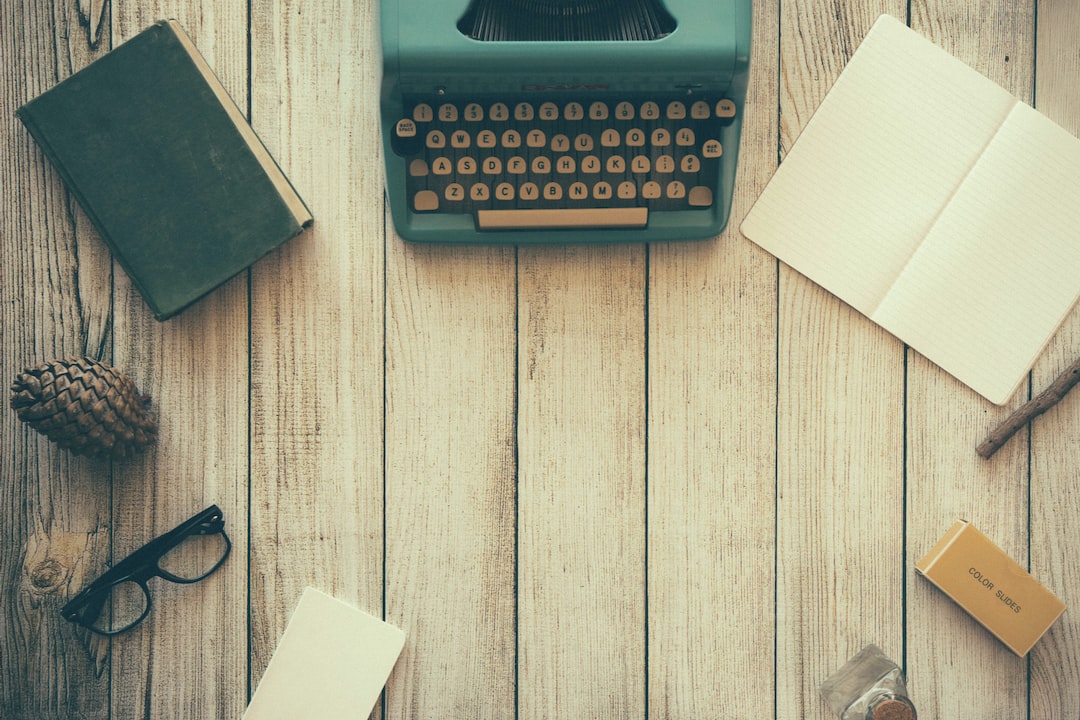 What is NaNoWriMo, anyway?